New Zealand State-owned KiwiRail is taking the next step to procure a new generation of Cook Strait ferries.

A Request for Proposal (RFP) to find a preferred shipyard to build two new ships for the Interislander is being issued today, the next step in the procurement process.

The NZD 400 million contribution in Budget 2020 has enabled KiwiRail to go out to international tender to build the new ships, which are intended to arrive for service in 2024 and 2025. When the ferries are delivered, it will be over 25 years since New Zealand last introduced a brand-new purpose-built ferry to its fleet.

KiwiRail’s iReX Project was established to replace the existing three ship fleet with two new, large, rail-capable ships to be brought into service during 2024 and 2025.

KiwiRail has engaged OSK ShipTech to design the ferries.

The two ferries will be able to carry twice as many passengers as the current three ship fleet, 300% more rail wagons and almost double the number of trucks and other vehicles.

The new ships will be much more fuel efficient and produce significantly lower CO2 emissions. They will be able to run on battery power at times. KiwiRail is also future proofing the design so new fuel sources can be adopted as they become available.

The RFP process to identify the successful shipyard is expected to be completed before the end of the year. 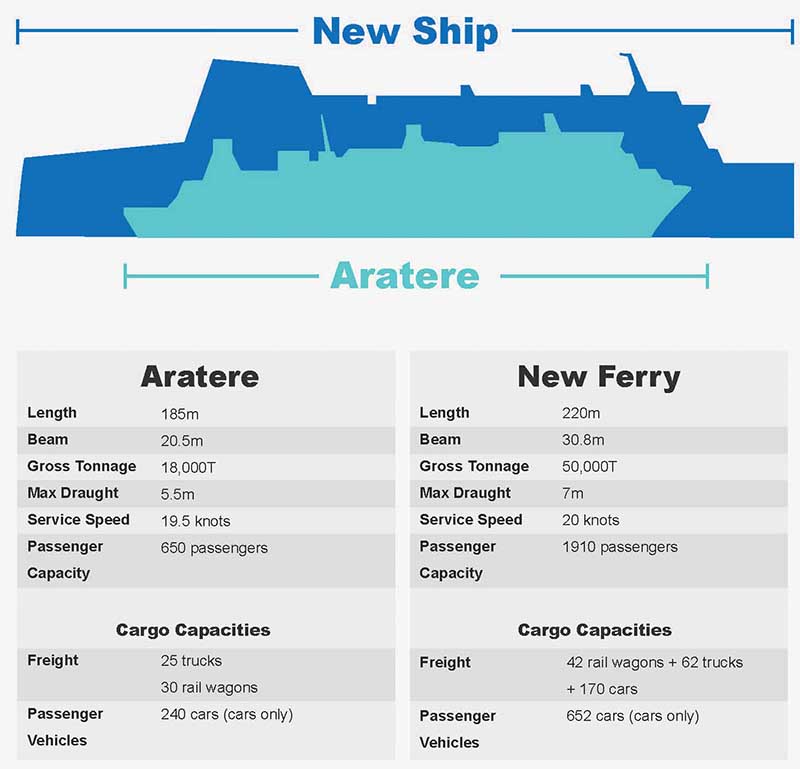 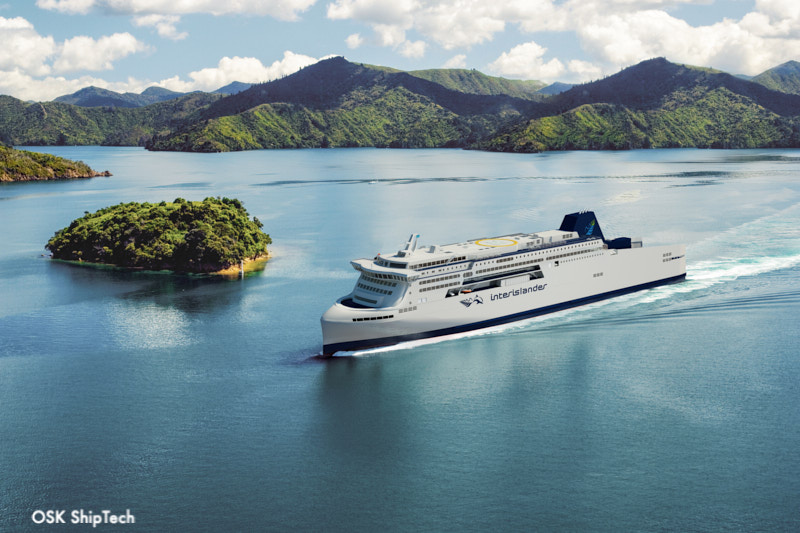 Danish naval architects OSK-ShipTech A/S have signed a newbuilding contract with state-owned KiwiRail for the design and development of the next generation rail-enabled ferries for the busy Cook Strait route between New Zealand’s North and South Islands.

The new ferries will strengthen and enhance the vital transport link between capitol Wellington on the North Island and Picton on the South Island. Currently, operating company Interislander is operating a fleet of three ferries – two ro-pax ferries and one train ferry.

“As part of the project, new terminals tailored to the vessels will also be developed in order to optimise the infrastructure and fully benefit of the new designs. We are of course very excited to be part of this holistic project and the continued development for KiwiRail in the region,” says Anders Ørgård, Chief Commercial Officer of OSK-ShipTech.

The new train ferries are targeted for delivery in 2024.