Εnd of the line for the ex-Japanese veteran IONIAN SKY of the collapsed NEL LINES. [link Fakta om Fartyg]

The sturdy ferry was sold for scrap. Tug CHRISTOS 34 arrived at the Diamandis shipyards in order to accompany her to Aliaga (Turkey). On 21 January 2020, the ship departed for her last voyage to eternity under the flag of Palau.

IONIAN SKY has been laid up in Ambelakia since September 2013 and escaped sinking in early October, when she suddenly developed a dangerous list to the right. In March 2018, rumours claimed that she had been purchased by a Portuguese operator that intended to introduce her on the Setubal – Funchal (Madeira) line. Plans that fell through and probably sealed her fate. 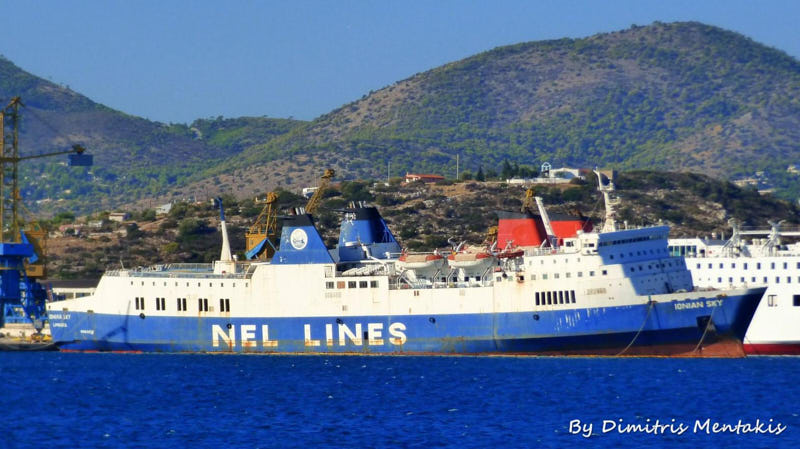