FESTOS PALACE has been renamed KYDON PALACE and from 17 February 2020 she will be introduced on the Piraeus – Chania line.

The rest of this ambitious plan is that KNOSSOS PALACE will be introduced -under the Grimaldi colours- on the Civitavecchia – Olbia line. 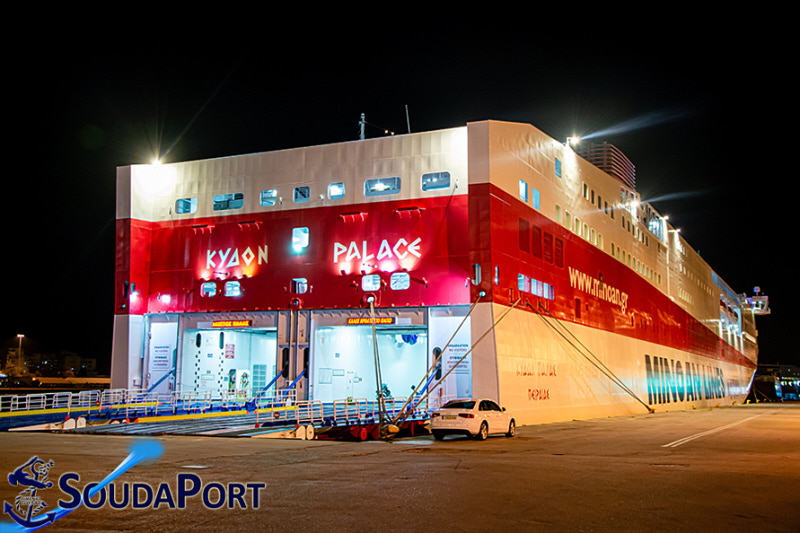