Norled has signed an agreement with LMG Marin to deliver the design for two double-ended ferries that Norled will operate on the Finnøysambandet route in Ryfylke, as from 2022.

The ferries, which will have a capacity of 199 persons and 60 cars, will be built by the Ada shipyard in Turkey.

The ferries are initially designed for biodiesel operation, but the ambition is to upgrade one of the ferries through the construction phase to hydrogen power.

Earlier this year, Ada signed a contract for the construction of these two ferries for Norled, based on LMG Marine’s design LMG 60-DE (H2). Construction is now underway, and the first steel cutting took place a few weeks ago.

With the assistance of Maritime Cleantech and in collaboration with LMG Marin and others, Norled has received EU funding of up to NOK 20 million to realize this hydrogen solution. 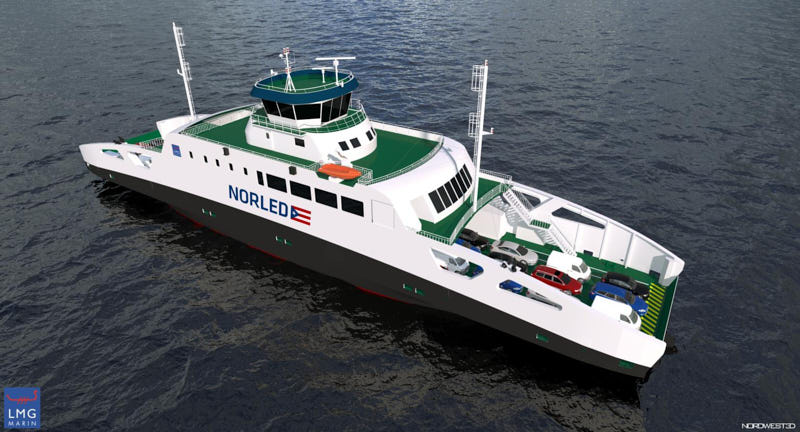