The purchase of the HSC THUNDER, ex-TURGUT OZAL, by Fast Ferries confirmed the recent trend that prevails within the Greek Ferry Scene about the significant role of the high-speed crafts to the evolution of the Hellenic Coastal Lines.

Fast Ferries is yet another ferry operator that has decided –after a lot of reflection- to invest in high speed craft.

Today, the Greek Ferry Operator with vessels of that type are:

The increased number of these vessels mark a new era for the Hellenic Coastal Lines and boost the competition further among the Greek Ferry Operators which are “fighting” every summer for a bigger share on the domestic ferry market.

However, the major turnover in the high-speed Crafts took place in 2014 when the current four-month voyage regime was “liberalized” (three- months voyage mandatory and consecutive) and replaced the former regime which required a seven-month voyage and ten-month employment.

That partial liberalization has therefore made the high-speed crafts more competitive as well as more attractive for investment. At the same time their introduction mainly on the Cyclades runs from Piraeus and Rafina contributed significantly to the increase in traffic. Their contribution became easily perceptible on the intermediate routes between the islands, where they managed to increase the number of the existing routes, due to their flexibility.

Indeed, with the increase in overseas flights to the airports of the Cyclades islands, high speed crafts prove to be extremely valuable offering a very good solution for serving the hundreds of thousands of foreign tourists who want to visit more than one island. A development that has “worked” against the conventional ferries which mainly “lift” the burden of interconnecting the islands throughout the year and especially in the winter months when traffic is drastically reduced.

On the other hand, fast ferries are by far the most expensive vessels to run. However, despite the increase of the fuel prices -in the last two years- this type of vessels manage to remain viable because of the current four-month voyage regime (instead of seven months) and the increased occupancy.

So, the current circumstances seem to reinforce the presence of the high-speed crafts within the Greek Ferry Scene. A trend that we will closely follow up next year. 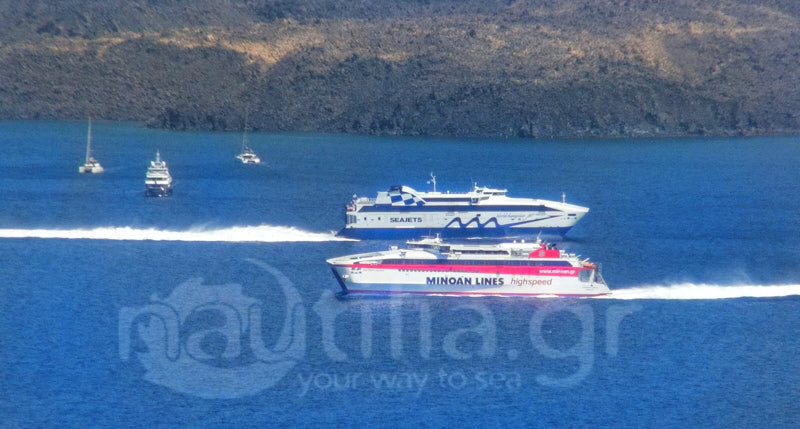