Since 10 January unions from La Méridionale are on strike. They started a blockade, affecting two of their ferries and three from Corsica Linea.

What they want is an agreement for a new cooperation between La Méridionale and Corsica Linea, to operate the Corsica routes together, as in the past.

They fear that La Méridionale will have to close business. The company lost the two most important routes, Bastia and Ajaccio, which has the highest number of freight.

On 9 January, a new call for operators for the secondary routes (Marseille – Propriano and Marseille – Porto Vecchio) has been launched, for a temporary public service contract until end of 2020. Why? Because the ‘Office des Transports Corse’ deemed that the estimated capacities were wrong, after recalculating them. They say that on Porto-Vechio 220,000 lane metres are needed, whilst only 160,000 have been foreseen. It is the other way around in Propriano, where 66,000 is enough, against 96,000 planned.

There is a lot of criticism on this cancellation of the previous public service contract, “as if the rules of the game were changed during the game.”

DANIELLA CASANOVA has been diverted to Toulon. However, when the ship arrived in Ajaccio on Monday evening, the unions decided not to let her disembark passengers. DANIELLE CASANOVA and MEGA ANDREA have been rerouted to Propriano, where the port was guarded by police.

The crisis comes at a time when tourists start to think about their summer holidays.

Corsica Linea also had to cancel the crossings to Tunisia and Algeria. 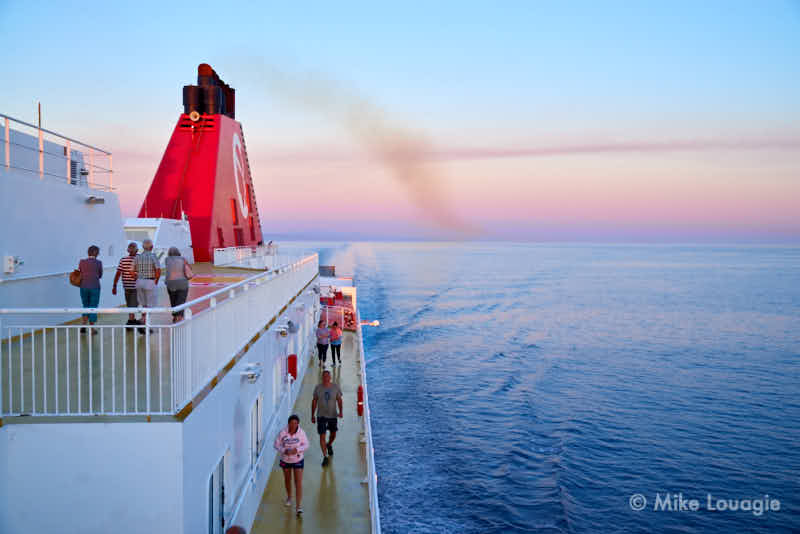