From ‘down under’ Ferry Shipping News received the information that the contract between Flensburger Schiffbau-Gesellschaft mbH & Co. KG. (FSG) and TT-Line Tasmania has been cancelled.

Two ferries had been ordered for Tasmania’s Bass Strait. However, several projects at FSG are delayed, such as Irish Ferries’ and Brittany Ferries’ new ropax units.

Now FSG and TT-Line mutually agreed to cancel the contract.

TT-Line signed a Memorandum of Understanding with Rauma Marine Constructions in Finland. The new delivery dates are 2022/2023.

The Tasmanian minister of transport said that “the majority of the work undertaken to date on the new vessels by TT-Line and their expert consultants is transferrable and can be utilised in the detailed design phase and contract negotiations with the new shipbuilder.”

In 2019, the Global investment company Tennor Holding B.V. became the sole owner of the German shipyard FSG after the acquisition of all remaining shares in FSG from the former owners, Siem Europe Sarl.

The next generation of ferry travel proudly sailed into Belfast Harbour on Wednesday, with STENA EDDA undertaking important final trials before it welcomes passengers on the Belfast to Liverpool route in the coming weeks.

Welcomed by a flotilla of boats, STENA EDDA arrived at dawn after a four-week voyage from China. She is the second ropax in the series of ‘E-Flexers’.

The new vessel took part in successful berthing trials at Belfast Harbour’s VT2 Terminal. A new access ramp has been specially built to accommodate the multi-million-pound ferry in Belfast.

With 40% more deck capacity, 40% more cabins and 30% more fuel efficiency than current vessels on the route, it will accommodate up to 1,000 passengers, 120 cars in its dedicated garage deck and 3,100 lane metres of freight.

STENA EDDA is part of a nine-figure investment by Stena Line in three new vessels and port upgrades, redefining ferry travel in the Irish Sea. STENA EDDA is the first of two new ferries that will run on the popular Belfast to Liverpool route. 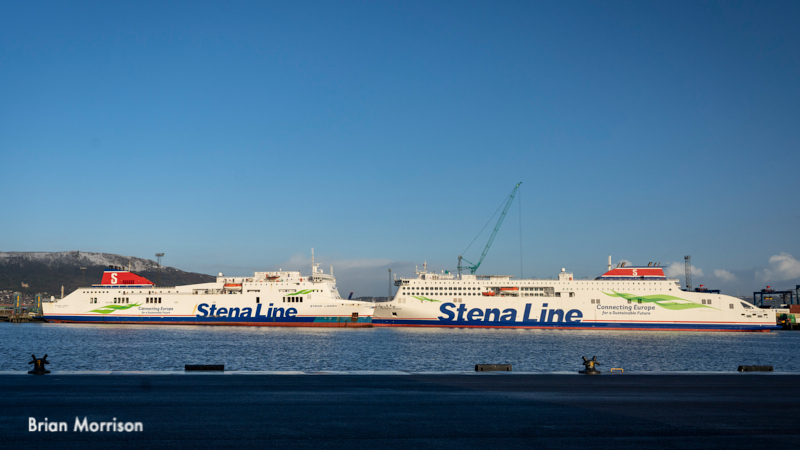 A few weeks ago, Antonio Musso revealed to Ferry Shipping News that the vessel was chartered-in from CLdN for one year, in order to increase frequency and capacity of the regular service up to now operated between the ports of Cagliari and Marina di Carrara.

Antonio Musso, CEO of Grendi Trasporti Marittimi, highlighted that “this line is a real motorway of the seas between north and south of Sardinia and with Italy mainland”. Musso also added: “Our line saw a significant increase of volumes since when the terminal container in Cagliari closed down last year and all the international shipping lines started using our line for the import/export of containers and trailers from and to Sardinia”.

Wasaline is the first Nordic shipping company to sign the SAILS (Sustainable Actions for Innovative and Low-Impact Shipping) Initiative for Good Practices in Maritime Transport for the Protection of the Marine and Coastal Environment.

The new ferry currently under construction features several environmental-friendly attributes that exceed the regulatory obligations that Wasaline now can undertake and sign for.

The SAILS Initiative for Good Practices in Maritime Transport for the Protection of the Marine and Coastal Environment is a French initiative in the field of sustainable maritime transport. 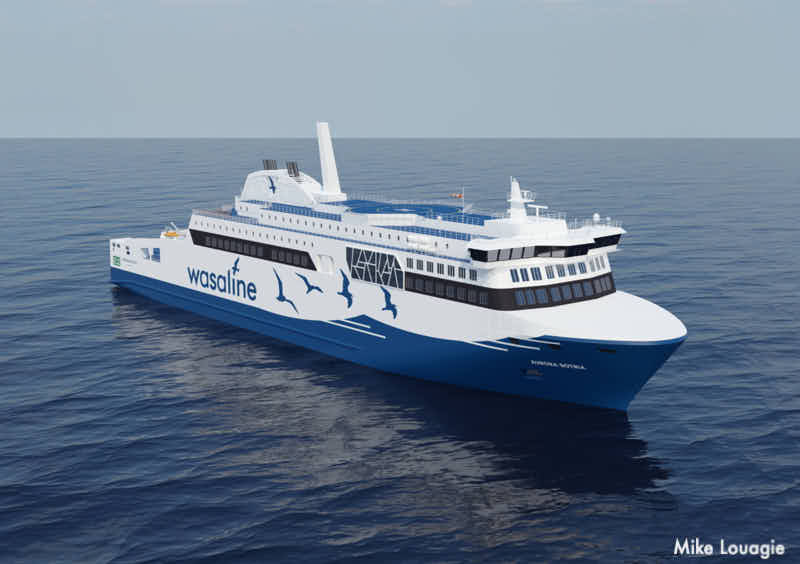 In the 2019 financial year, the Group’s revenue and operating result were impacted by the following operational factors:

“In 2019, we continued to focus on fundamentals, i.e. dedication to smart use of technology, digitalised and optimised processes across our businesses, investments in energy efficiency to advance sustainable development and effective execution of our strategy by our highly productive, skilled and committed employees. One topic in our strategic discussion is digitalisation. In recent years, we have invested a lot in information technology. We have implemented two major ERP systems, one in the port and the other relating to vessel efficiency monitoring and measurement. We have also developed mobile services in port operations. This development in digitalisation and automation increases the efficiency and effectiveness of our processes just to name a few examples.”

“2019 was a transitional year with contract portfolio changes and significant investments. We are currently about to complete a comprehensive vessel renewal programme which will turn the vessel fleet into the largest electrified vessel fleets in Norway, resulting in significantly improvement of our environmental footprint. The investment programme is a key step towards our vision to become the most environmentally friendly provider of ferry transportation and to realise the value creation potential that lies in our large long-term contract portfolio”, says Dagfinn Neteland, CEO

Stability for Wasaline in Spite of Challenging Year 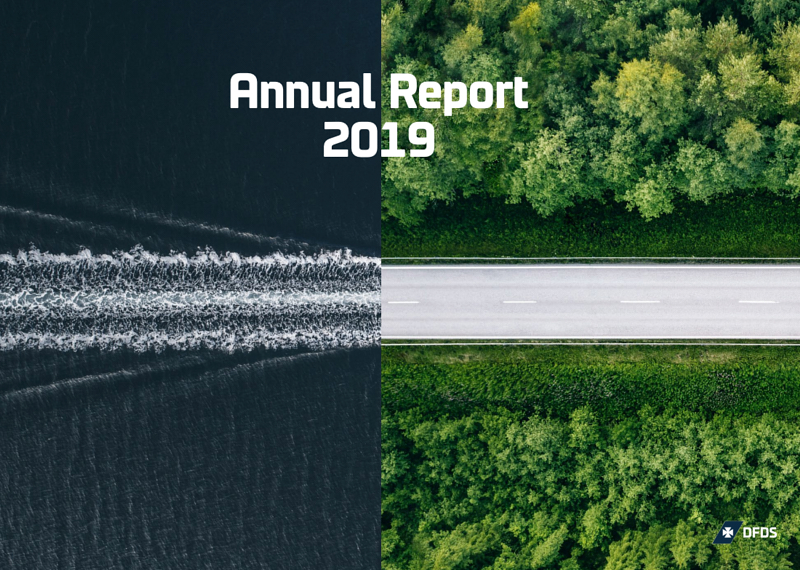 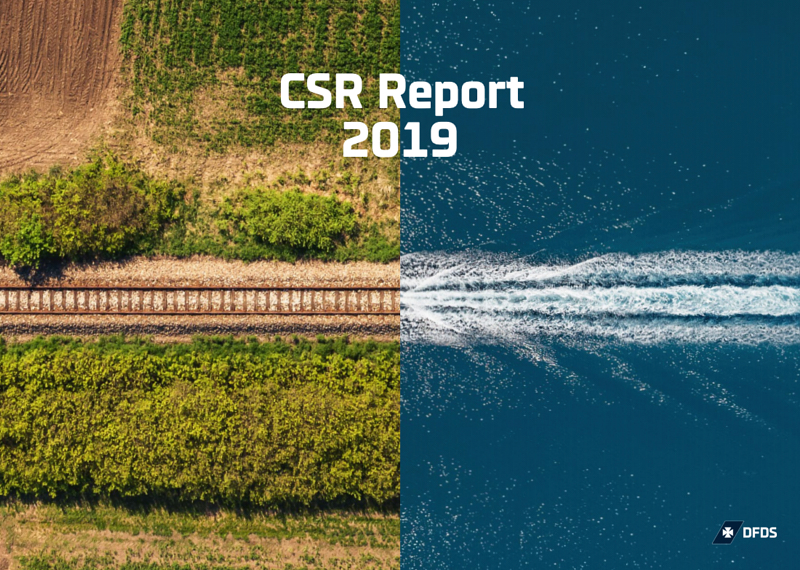