INTERVIEW WITH PORT OF PIRAEUS

Ferry Shipping News visited Port of Piraeus a few weeks ago and met with Theodora Riga, Strategic Planning and Marketing Manager of the port.

Six years after closing down the Genoa – Olbia route, Grandi Navi Veloci decided to relaunch the route between Northern Italy and the port at the heart of the Costa Smeralda on the island of Sardinia.

The service is expected to start on 25 May and will last until 29 September, in parallel with the other maritime link operated between Genoa and Porto Torres. “With two routes and 280 sailings, we are going to offer a capacity for 700,000 passengers to be transported between Sardinia and the Italian mainland” said Mateo Catani, CEO of the ferry company.

Interesting detail for the lovers of the Italian rock star Vasco Rossi: some of the GNV’s ferries set to be deployed on the Sardinia routes will entirely be covered by an advertisement campaign for the concert to be held on 19 and 20 June. Vasco Rossi revealed the new layout of the ferry EXCELSIOR on his Facebook page. 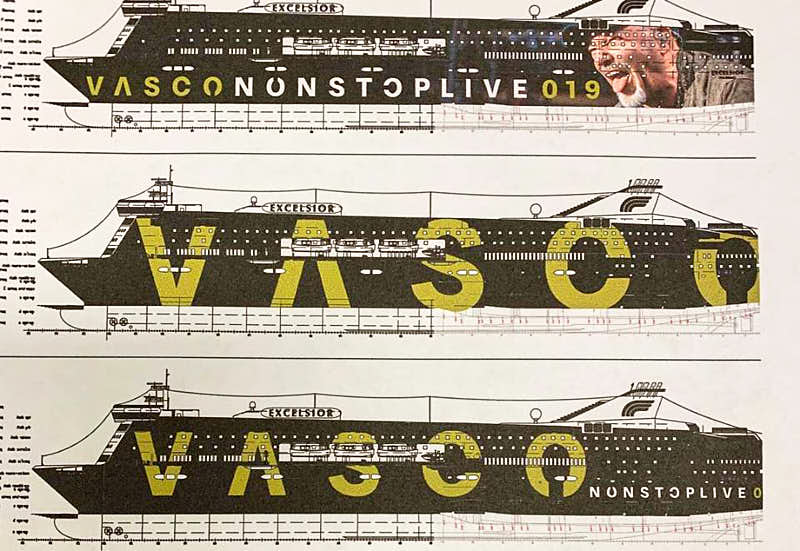 SAINT JOHN PAUL II On Its Way To Malta

Incat Tasmania has delivered a 110m fast vehicle/passenger ferry to Virtu Ferries of Malta for their service between Malta and Sicily.

The vessel, SAINT JOHN PAUL II has departed Hobart Tasmania on the first leg of her delivery voyage and will arrive in Grand Harbour Valletta by the end of this month.

Incat hull 089 will be the largest ro-pax catamaran ever built for operation in the Mediterranean. 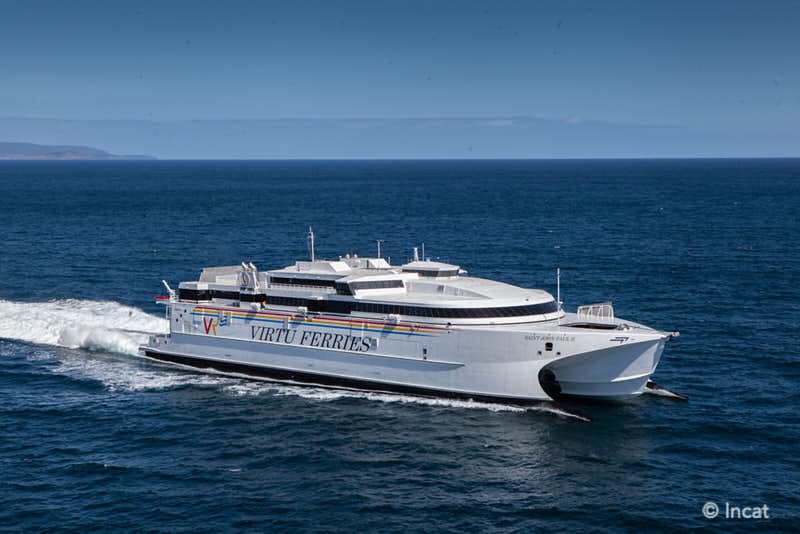 The 39m vessel is excellent news for the Isle of Wight shipyard and follows an exceedingly productive 2018. With other successful deliveries to Red Funnel for a second 41m high speed passenger ferry, followed swiftly after with Scotland’s Jacobite Cruises 21m day cruise catamaran for Loch Ness. 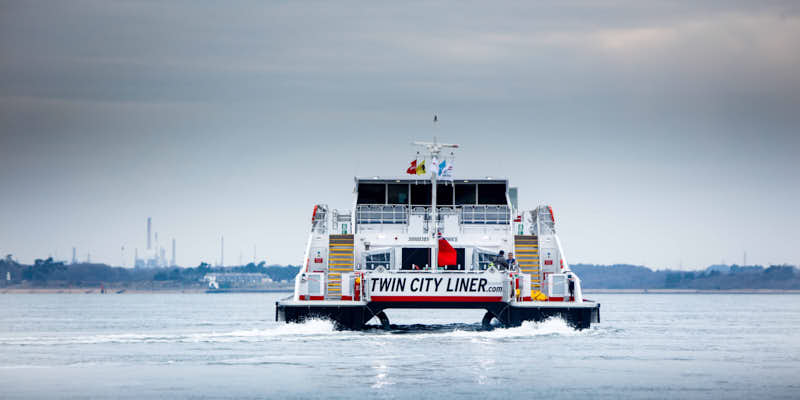 As a part of the ongoing development of Stena Line’s Irish Sea route network, the STENA FORECASTER is transferred from Stena RoRo to Stena Line and entered service on the Belfast – Liverpool route on Tuesday, 12 February 2019.

STENA FORERUNNER will transfer back to the North Sea and will operate on Rotterdam-Killingholme.

The Flensburg-based shipping group FRS and the Danish company ÆrøXpressen have signed a management service contract for the operation of the new ferry connection between Marstal and Rudkøbing (Langeland).

An environmentally friendly diesel-electric new ferry will be used. She is currently under construction. The start is planned for next winter.

Viking Line Group 2018 Results On A Par With Previous Year

Due to lower operating expenses compared to the previous year, consolidated income for 2018 improved somewhat despite lower sales.

On 11 February, Moby Group has paid the pool of banks led by Unicredit, EUR 50 million, as an instalment of the loan of EUR 200 million granted in 2016.

Upon a request for a comment on that, the Milan-based group controlled by the Onorato family said that “as for the loan, all the instalments in the past and in the future have been and will be paid, and the same is going to happen for the one expiring this month.”

Some concerns circulated among the financial stakeholders in the last few days on that matter.

The Italian ferry group also confirmed that three bank transfers for a total amount of EUR 85 million has been made from CIN Tirrenia to Moby at the end of 2018 but not specifying the reasons behind.

Agreement Between Telespazio And Grimaldi For Satellite Communication Services

European spaceflight services company Telespazio and Grimaldi Group announced they have signed two contracts to strengthen the satellite communications capabilities of the Naples-based shipping group on its fleet of cargo and passenger ships.

Telespazio, a joint venture between Leonardo and Thales, said that the first agreement provides for managing on-board communications for ro-ro, multi-purpose and PCTC (Pure Car & Truck Carrier) vessels in the Grimaldi fleet that operate between Northern Europe, North and South America, West Africa, and the Mediterranean.

Telespazio will take care of the design and supply of on-board systems for satellite communications and related broadband services, including backup, on a multi-regional scale. These services will be provided via Telespazio’s global coverage platform operated by the Fucino Space Centre.

The second agreement covers renovating basic (voice and data) satellite telecommunication services for crew and passengers, on mixed cargo/passenger ships that the group currently operates in the Mediterranean, between Italy (including Sardinia and Sicily), Greece, Spain, Tunisia, Morocco, and Malta.

The overall value of both agreements signed between Telespazio and the Grimaldi Group is about EUR 5 million.