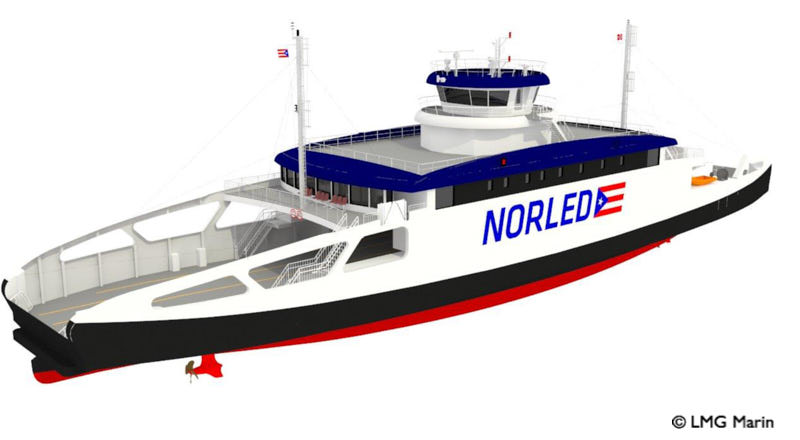 Onorato Armatori of Italy, controlled by Vincenzo Onorato, head of Moby group, publicly announced that the new ro-ro ship ALF POLLAK will be chartered out to a company based in Northern Europe, instead of being deployed in the Med as previously anticipated.

The charterer will be Cobelfret’s Cldn, which offers regular connections from the European continent to the British Isles, Scandinavia and Spain.

The contract is for one year.

ALF POLLAK (capacity for 310 semi-trailers on 4,076 lane meter of garage deck) has just been delivered in bare boat charter to Onorato Armatori by the German shipbuilder Flensburger Schiffbau-Gesellschaft trough SIEM Group and is currently installing the scrubbers at Fayard shiprepair.

Onorato Armatori said in a statement that “the ro-ro market in the Mediterranean is not mature enough to receive such a big ro-ro vessel with a capacity of over 4,000 lane metres”.

What will happen with the sister vessel still under construction (photo) remains to be seen. 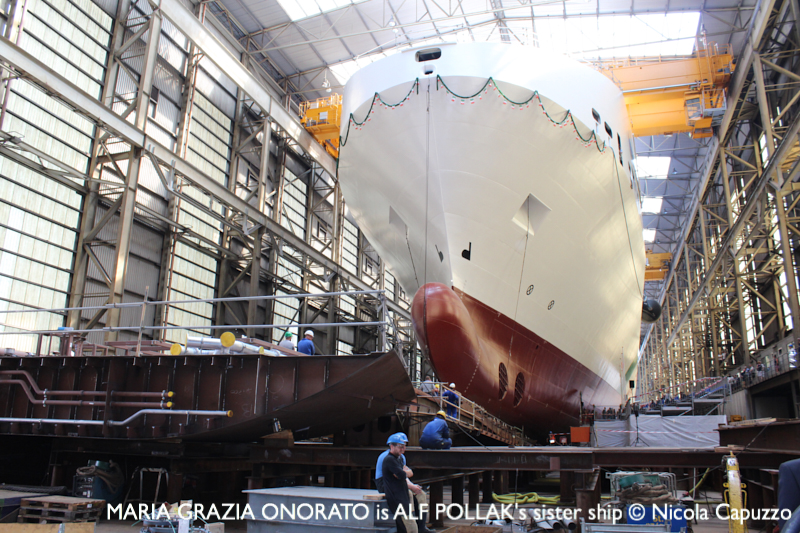 Norled To Operate A Hydrogen-Powered Ferry In 2021

Norled won the competition to operate a hydrogen ferry that will serve the route Hjelmeland-Nesvik-Skipavik in Rogaland, Norway.

As with the battery-operated AMPERE, the Norwegian Public Roads Administration has designed the tender as a ‘development contract’.

At least 50% of the propulsion power must be from hydrogen. The remaining energy must come from batteries. Today, no comparable hydrogen powered vessels are in operation.

LMG Marin is Norled’s partner in designing this ferry. 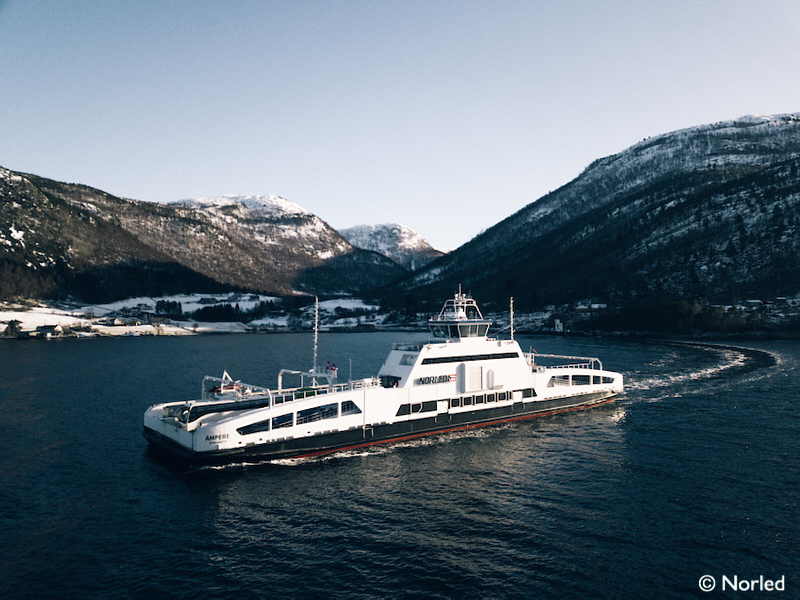 The New FosenNamsos Sjø Ferries Are Ready To Be Plugged In

FosenNamsos Sjø has taken delivery of the two new plug-in hybrid ferries LAGATUN and MUNKEN. They will be used on the Flakk – Rørvik route as from 1 January.

The hulls have been built at the Montex Shipyard in Gdansk, and equipped at the Myklebust Verft in Norway, after a Multi Maritime design. The Irish Marine Casualty Investigation Board (MCIB) examined an incident involving the Irish Ferries ro-pax EPSILON, which happened in February 2016. The report has been published and can be downloaded via the link below. 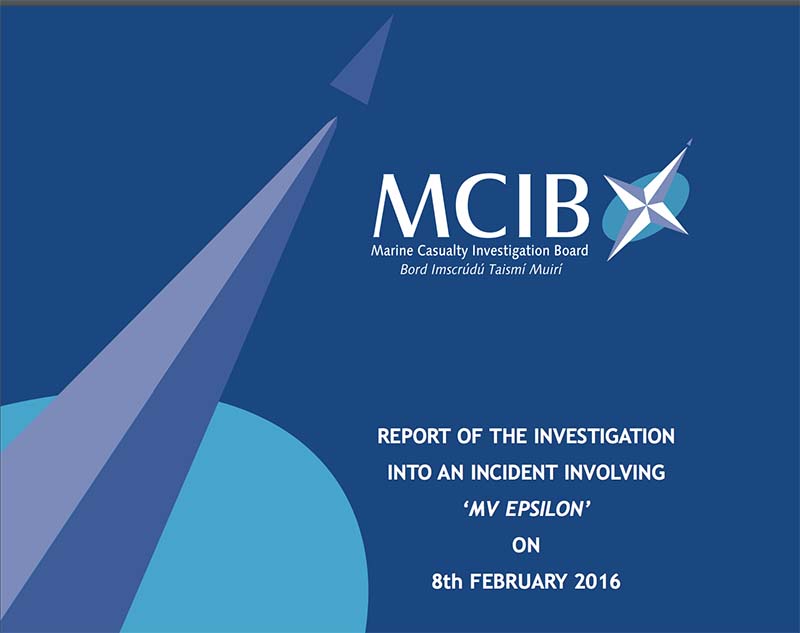 Austal To Build A Fast Ferry For Trinidad And Tobago

Austal has entered into a contract with the National Infrastructure Development Company (NIDCO) which is owned by the Government of the Republic of Trinidad and Tobago’s (GORTT).

The contract is to design and build a 94m high-speed vehicle and passenger catamaran to be delivered in mid-2020.

The vessel is a derivative of the two 109m AutoExpress ships designed in the last two years by Austal.

The ship will be built in Austal’s new shipyard in Vung Tau, Vietnam. This new facility commenced operations on 1 November this year and has already successfully delivered large aluminium modules for a 109m catamaran being built in the Philippines.

The 94m AutoExpress is designed to carry 926 passengers and 250 cars at speeds of 37.5 knots and will operate a daily service between the islands of Trinidad and Tobago. 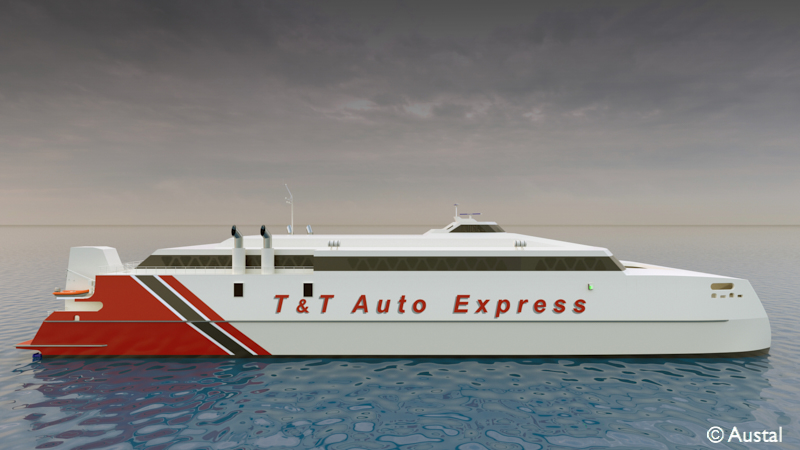 Scandlines’ KRONPRINS FREDERIK visited Rostock on Friday 30 November for berthing trials. A berth has been modified to allow her to be used again on the route, if required.

Scandlines currently uses this Gedser – Rostock veteran as an additional cargo ferry on Puttgarden – Rødby route. In 2017 she has slightly been rebuilt to fit the dock in Puttgarden. The test was to make sure she can be used on the Rostock route, if needed.

Rolls-Royce and Finnish state-owned ferry operator Finferries have successfully demonstrated the world’s first fully autonomous ferry in the archipelago south of the city of Turku, Finland.

The ferry FALCO, used a combination of Rolls-Royce Ship Intelligence technologies to successfully navigate autonomously during its voyage between Parainen and Nauvo. The return journey was conducted under remote control. 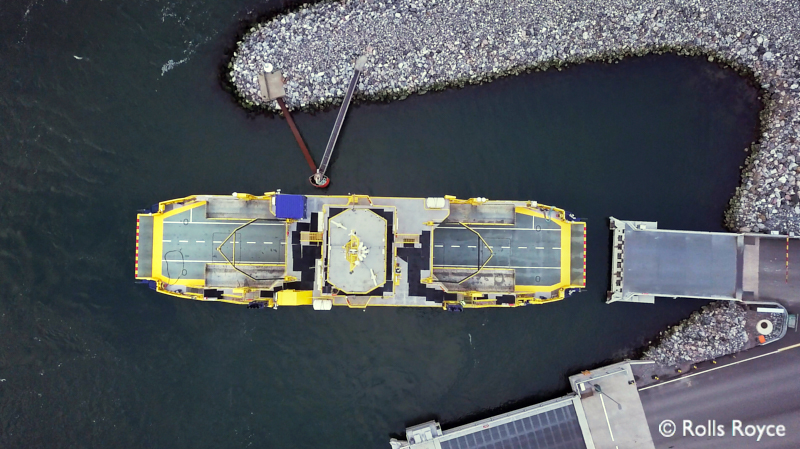 SeaQuest has been appointed as new building project manager. 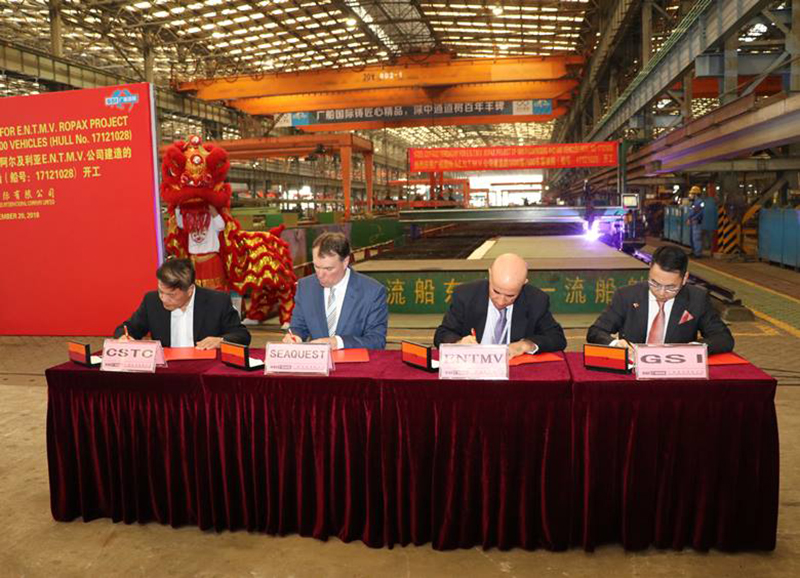 The artwork will be displayed on the interior and exterior of the vessel for customers to view, along with profiles of the artists.

First Nations’ legend in which the Sea Wolf is a manifestation of the Orca. The designs depict the beauty of the majestic animal, with The Sea Wolf the symbol of family, loyalty and the protector of those travelling their waters. 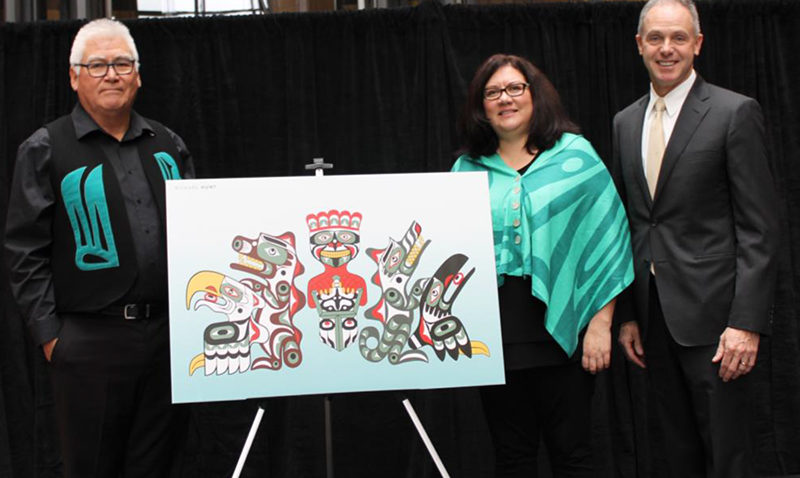 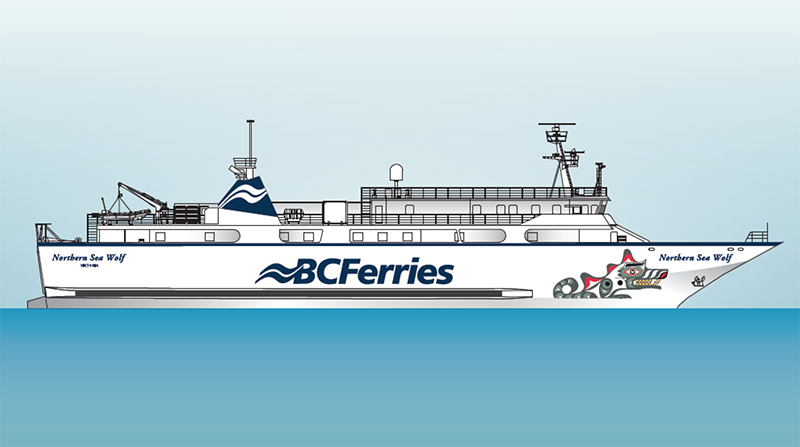