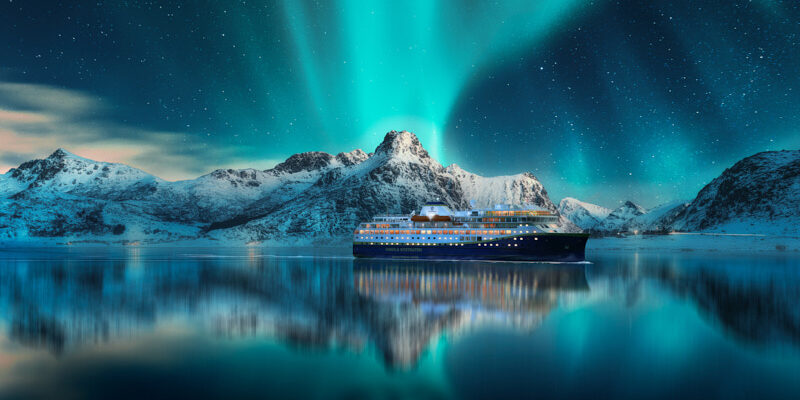 The construction of the first two vessels are progressing as planned at Tersan’s new building facilities in Yalova city and they are scheduled to be launched in May.

Construction of the two vessels at the Spanish shipyard Barreras was brought to a halt due to the shipyard’s financial problems.

The passenger vessels are part of Havila’s contract with Norwegian Ministry of Transport for the operation of four vessels in Bergen – Kirkenes Coastal Route as from 2021.

Now this route is being operated by Hurtigruten. As from 1 January 2021, the route will be operated 7 days by Hurtigruten and 4 days by Havila. The return trip from Bergen to Kirkeness takes 11 days, and each day one ship leaves Bergen.

Despite the uncertainty of the situation regarding the Spanish yard Barreras, Havila Voyages has sufficient equity and loan approval to fully finance all four vessels at Tersan, says CEO of Havila Voyages Arild Myrvoll. “Barreras’s financial problems and the suspension of construction at the Spanish yard have led to challenges for Havila Voyages that will affect early operations. Two new vessels will be delivered and are scheduled to sail from January 2021. While we wait for the next two vessels, we will use replacement vessels, and provide good and safe transport and meet our customers’ expectations.”

Havila Voyages has inspected several potential replacement vessel candidates, and the company says it is in ongoing commercial dialogue with stakeholders.

Chartering ships from Hurtigruten looks unlikely, as the latter needs its ships for year-round expedition cruises along the Norwegian coast (homeporting in Dover, Hamburg or Bergen). These voyages have been for sale for almost a year.

Even Hurtigruten’s veteran NORDSTJERNEN is on a long-term charter, reaching into 2023. During the off-Arctic season, she will serve as a hotel ship on yards where we Hurtigruten is upgrading ships.

A replacement ship needs to be strong ship and be able to maneuver in rough weather in small ports. Draft is shallow, max 5.30m. There should be a side ramp for cargo. 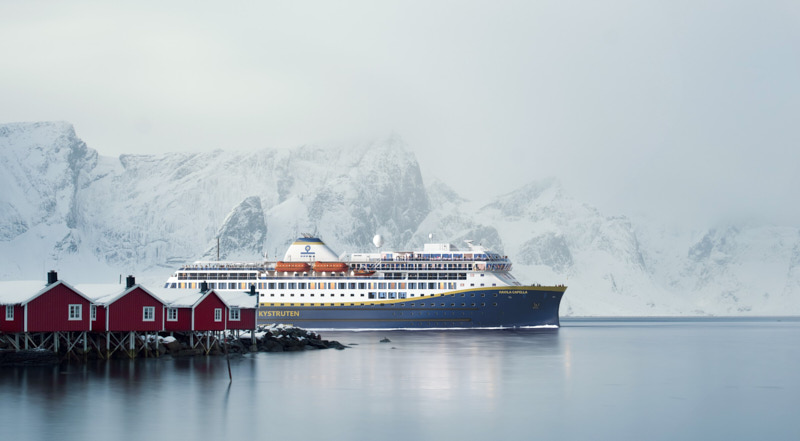 ISLAND DISCOVERY and ISLAND AURORA are the newest hybrid vessels to enter the fleet and will enter service in mid-2020, serving the Powell River – Texada Island and Port McNeill – Alert Bay – Sointula routes, respectively. The names were selected with community input and celebrate the beauty of the journey and the important connection to the coastal communities the ferries will soon serve.

A ceremony on 19 February began with a few words from BC Ferries and Damen Shipyards, followed by the unveiling of the ships’ names, and the christening of the hulls. 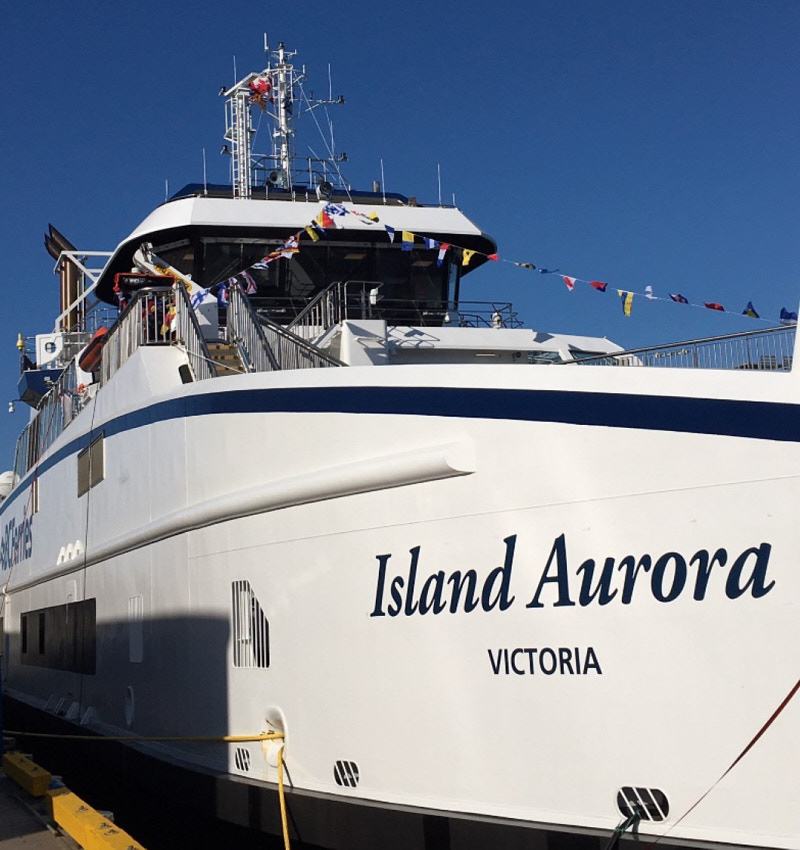 Regione Siciliana will launch soon (April) a new public tender for the ferry links to and from the smaller islands surrounding Sicily. The contract is worth EUR 300 million for five years (60 million per year) and the draft plan has been drawn up by the consulting company T Bridge. The current concession is due to expire at the end of this year.

The procedure still to be opened will help the regional government to find companies interested at serving a network of 23 lines, of which one is a new entry: the Cefalù – Aeolian Islands maritime route.

The last concession awarded and still active today (it was launched five years ago for the same amount of money) saw Ustica Lines, Caronte & Tourist and Siremar as the companies with the highest number of lines granted.

Since Monday 17 February, passengers looking for peace and quiet can enjoy the new Relax Lounge on DUNKERQUE SEAWAYS. The lounge boasts luxury reclining chairs built into an airline style pod for extra privacy, complimented by soft lighting for the perfect stress-free environment. Prices depend on availability and start from £6 per person each way.

Children under 16 are not permitted into the Relax Lounge. 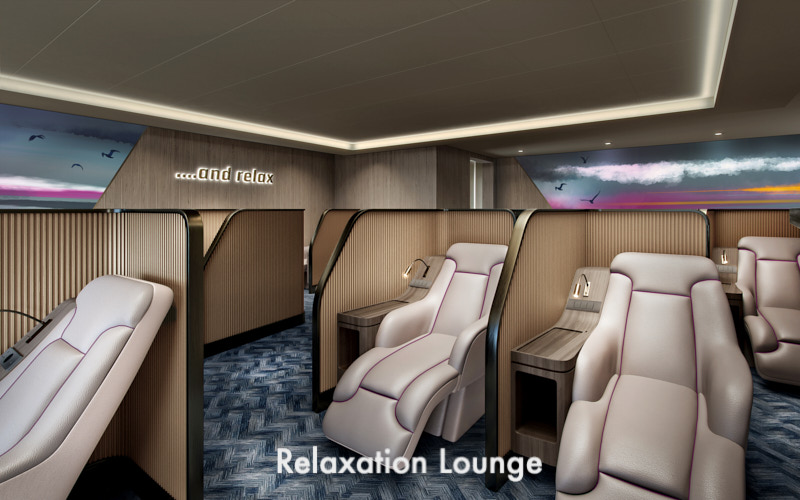 The ships’ Premium Lounge areas have also been fully refurbished with comfortable lounge furniture and modern décor to provide the luxurious and peaceful surroundings demanded by the modern traveller.  This private lounge is open 24 hours a day and is available for all ages from £12 per person each way. Passengers can enjoy complimentary glass of Prosecco, premium snacks and pastries, hot and cold refreshments and hot food available from the Premium Lounge menu. 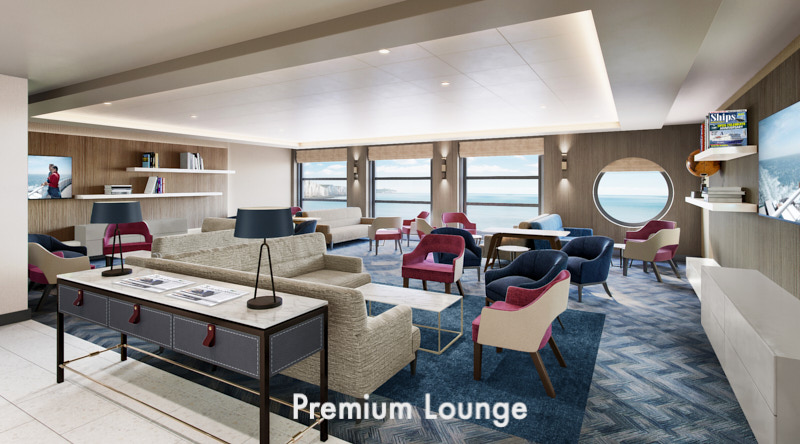 With the success of the Horizon restaurant, a pizza, pasta, salad concept on the Dover to Calais routes, the refit also includes this restaurant being installed on all three ships on the Dover to Dunkirk route. Here guests can enjoy a selection of freshly cooked, made to order pizzas, pasta dishes and healthy salads. Passengers can place their order, take a buzzer with them to their table and collect their meals when called.

Passengers will also benefit from new bathroom facilities throughout the ship and can now enjoy watching a spot of television in the Lighthouse Café, with newly installed TVs as an additional feature.

The refit was designed by SMC Design and carried out by Aecor Marine, with the bathrooms being fitted by Trimline.

DELFT SEAWAYS will be fully refitted from 1st March with DOVER SEAWAYS at the end of March 2020. 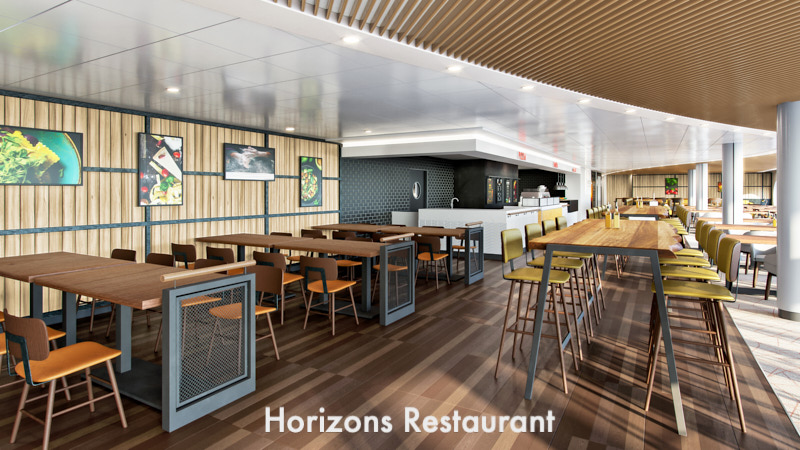 Viking Line Doubles Its Earnings in 2019

Key figures for the full year 2019 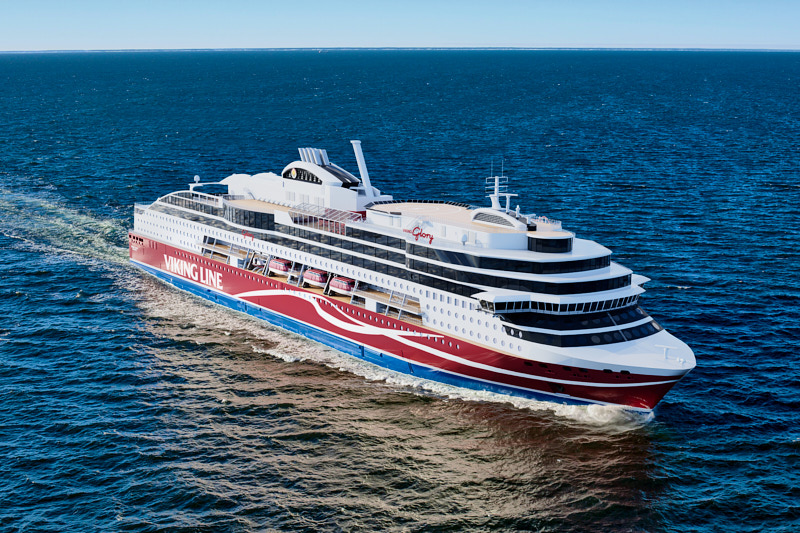 DFDS Looking for New Inland Areas Behind the Port of Trieste

The Danish shipping company DFDS, which two years ago took over the Turkish player Un RoRo with its maritime line from Istanbul to North Adriatic and France and the port terminal in Italy, intends to invest in new areas behind the port of Trieste.

Jens Peder Nielsen, head of Samer Seaports & Terminals, said to Ferry Shipping News that the group is interested in areas connected to the railway and part of the port’s free zone. “The aim is to increase intermodal services between Trieste and inland destinations in Central and Eastern Europe” Nielsen said. “We are looking at areas of at least 50-100,000 square metres where we can move the cargo units we transport between Italy and Turkey on board our ships and between Trieste and the rest of Europe by train”.

Samer Seaports & Terminals has plans also to invest in a new gantry crane and to upgrade the rail shuffle currently existing on the quay of the North Adriatic port.

In the 2019 full year report DFDS states “that port congestion in Trieste lowered the efficiency of train services” and also added that “the last major restructuring to be completed is to improve the operational efficiency of the two ports currently operated in Trieste. This is expected to be achieved during Q2 2020”.

Brittany Ferries is going to become a rail operator too. The idea is to launch a freight train connecting Bayonne, close to the Spanish border, and Cherbourg. From there on, freight can be transferred to ferries, bound for Ireland or the UK.

Ports de Normandie has an ambitious strategy too:

Brittany Ferries will finance the new rail terminal in Bayonne and a fleet of LOHR railway wagons. The LOHR railway wagon has been lowered and articulated and as a result allows for fast and safe transfer of semitrailers.

This new Spanish standard specifies safety and security requirements, as well as performance and operating specifications for SPBBs, which are used to service all types of cruise ships and ferries. The standard is intended to improve fulfilment of the stipulations laid out in the Machinery Directive 2006/42/EC, setting specific and vital minimum criteria for safe, durable and practical boarding bridges. 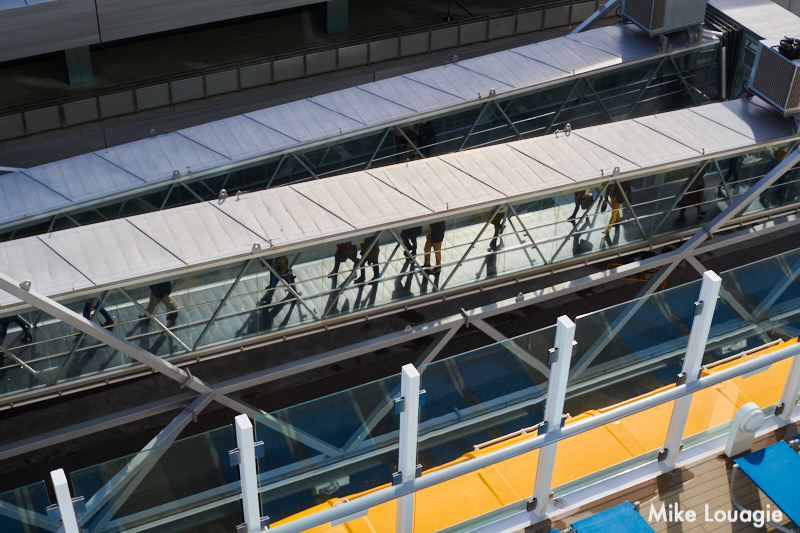 The new ropax under construction in Flensburg is expected in autumn. This is one year later than planned.